My essay “Governing Bodies” was published in the Jan/Feb 2019 Issue of The Kenyon Review and winner of a Pushcart Prize.

An audio version of it can be found here.

Read editor Geeta Kothari’s blog on why she chose this piece.

There is a micro-conversation about this piece here at KR Conversations:

My essay “Are you Willing?” was published in this beautiful anthology WRITING FOR ANIMALS by Ashland Creek Press.  Check out my Q&A about this work too.

My essay “Trying” was published in Issue 12 of Newtown Literary and nominated for a Pushcart Prize.

I wrote an essay about Ecosystem Engineers published in 1001 Nuit Saison 2 in Marseille, France.

My manuscript in progress  was a finalist for the Siskiyou Prize for New Environmental Literature. 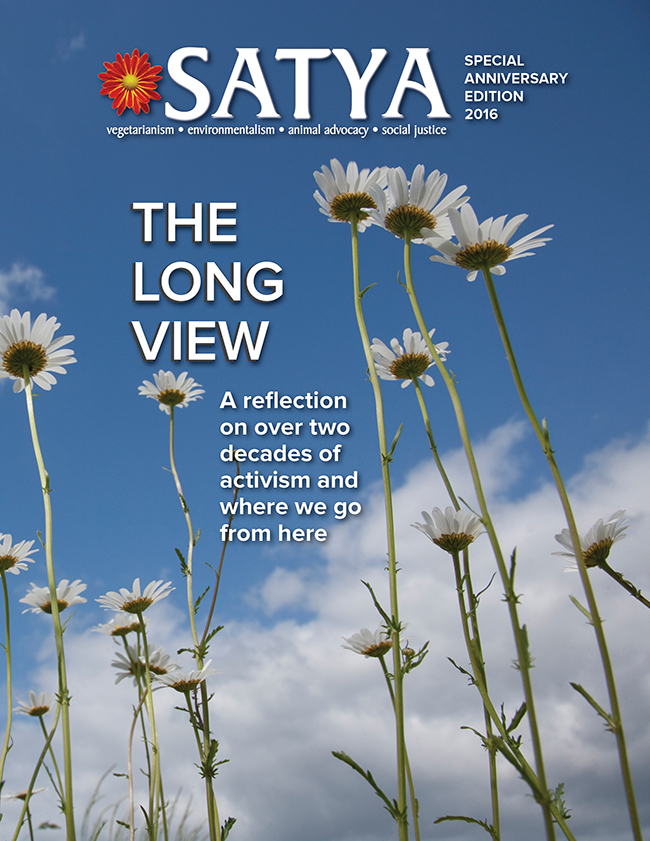 Thrilled to announce The Long View, a special book length anniversary edition of Satya is now available.  The Long View is a reflection on over two decades of activism and where we go from here.

My Essay “Burmese Years : Finding traces of a grandfather’s life in the archives of an empire” is featured in Creative Nonfiction’s s inaugural column: “The Story behind the Story” in issue 56.  It explores reconciling gaps in family narratives in recreating what it is like in situ.  I compare my work as a writer to my experiences as a geotechnical engineer unearthing histories and compiling cross-sections.

I’m happy to be included in this collection Letters to a New Vegan, published by Lantern Books.

In the spirit of Rainer Maria Rilke’s Letters to a Young Poet and conceived of as a modern-day vade mecum, Letters to a New Vegan consists of 32 humorous, evocative, spirited, and even tender epistles offering advice, counsel, and inspiration from activists and leaders who’ve followed the veg
an path for years. The aim is to ignite, sustain, and refresh the passion and commitment of those who want to live more consciously and compassionately on the planet, with other people, and with themselves

My longform nonfiction story “The Lines We Draw” has been published by Hen Press. You can purchase and download the eBook, The Lines We Draw, on Amazon, iBooks, and Barnes & Noble.

“Sangu’s resulting narrative offers a heady dialogue—the animal activist and the animal exploiter—but Sangu handles it with aplomb, and her writing is sometimes more poetry than prose.”

My essay “Soiled Hands” has been published in this anthology Primate People: Saving Nonhuman Primates through Education, Advocacy and Sanctuary  (University of Utah Press), edited by Lisa Kemmerer.  This was adapted into a TEDx Cooper Union Talk.

Many of my articles, interviews, editorials and reviews have been published in Satya Magazine.

A link to my TedX Talk at Cooper Union.:

As an Associate for  Brighter Green, I’ve been  blogging there as well, and contributed to Brighter Green’s Project on Climate Change and the Globalization of Factory Farming and the production of videos on India’s poultry and dairy industries.

Factory Farming of Chickens in India from Brighter Green on Vimeo.